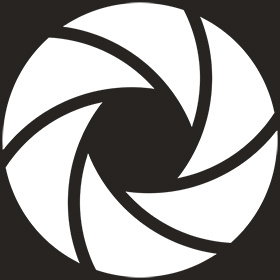 So far in this series of tutorials we have discussed the impact different ISO and Aperture settings have in digital photography. These though are only two of the three components of Exposure. In this third installment of the Beginner's Guide we will attempt to cover the last one which is none other than Shutter Speed.

In as few words as possible, the term Shutter Speed describes the amount of time the camera's shutter remains open. In effect it measures for how long your camera's sensor is permitted to "see" the scene you are attempting to capture (through the lens' aperture, remember?).

Shutter speed is measured in fractions of a second (1/250 for example) or in whole seconds if a longer exposure is required. The selected shutter speed plays a crucial role in determining whether to "freeze" the action (which is useful in sports photography or in general when shooting moving targets) or allowing motion to appear as "flow" in the final image, such as when capturing vehicle light trails. The longest shutter speed on most DSLRs is typically 30 seconds, unless you are shooting in "Bulb" mode (read my article about the various DSLR shooting modes to further expand your understanding of the subject) and external triggers are used. The following example should make things clearer:

I bet at this point some of you are probably thinking: "Interesting stuff, but where do I find the shutter speed reading on my camera...?". That's an easy one. On most DSLRs that have a top panel, the shutter speed is typically located on the mid-left corner, as shown in the following photo:

If you look through the viewfinder, you should also be able to read the same number on the bottom left side of the screen. On most DSLRs, the shutter speed will appear as a regular number (250 for example) and not as a fraction of a second. When the shutter speed gets slower than or equal to one second, you will see something like 1″ or 5″ (the ” sign indicates a full second).

A word of caution for when shooting at shutter speeds slower than approximately 1/60 of a second: Use a sturdy tripod or find another support for your camera. Otherwise be prepared to say hello to 'Camera Shake'.

Camera shake is caused by minimal camera movement while the shutter is open, which is enough to create blurry (and thus non-commercial, if not entirely useless) images. Image Stabilisation (a.k.a Vibration Reduction), which is built-in in many a lens these days, does help tremendously when shooting handheld, but there are limits and they are not hard to exceed. And believe me, your heart will sink when, although you think you've captured the perfect image, which by the way looked just fine on your camera's screen when you checked, you find out while editing it on your larger computer screen that it is actually not sharp enough... We've all been there so try not to repeat the mistakes of others.

Always zoom-in to check the details on your camera's Live View screen, after you have taken the photo, so you can decide whether it's a keeper or not, before it's too late. Here's an example of how camera shake can ruin what otherwise would have been an interesting image:

As you can see, although the photo looks fine when viewed through the camera's built-in screen, it actually suffers from camera shake which makes it non-commercial. Shame.

We've now reached the end of the third instalment in my series of Beginner's Guides. We have so far discussed the three basic components of Exposure and with a bit of practice I'm confident you will become much more aware of the true capabilities of your DSLR camera and thus more interested to delve deeper into the beautiful world of Photography.

Next time I'll be explaining why you should be shooting in RAW instead of JPEG if you are serious about your photography. Until then, stay tuned and keep experimenting!