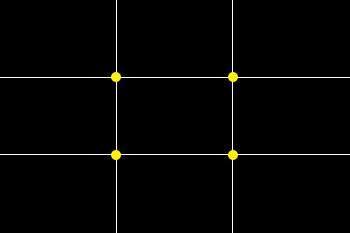 The ability to produce aesthetically pleasing images in Photography, as in any other form of visual art, extends far beyond the technical abilities of the photographer and delves into the mysterious realm of visual perception. There is no way to accurately define how individual viewers “see” an image and what they get out of it. There are, however, long established guidelines on what the human eye tends to find visually harmonic and thus more aesthetically pleasing.

These guidelines form a separate chapter in the book of photography techniques, called “Composition” and the purpose of this article is to examine and explain the principles behind the most common of its “rules” known as the “Rule of Thirds”.

The Rule of Thirds is a guideline that proposes that an image should be divided into nine equal sections by two equally spaced horizontal and two equally spaced vertical imaginary lines. The principle behind it is that when important compositional elements of a photograph are placed along the above mentioned lines or on their intersections, the resulting image is better balanced and thus more visually appealing.

Keep in mind though that ignoring the above guideline doesn’t automatically make your images unbalanced or uninteresting. On the contrary, there are numerous examples of beautiful compositions that break this rule. But to break a rule one needs to be aware of it first, right?

How to use the Rule of Thirds

When taking a photo there are two ways to implement the rule of thirds: 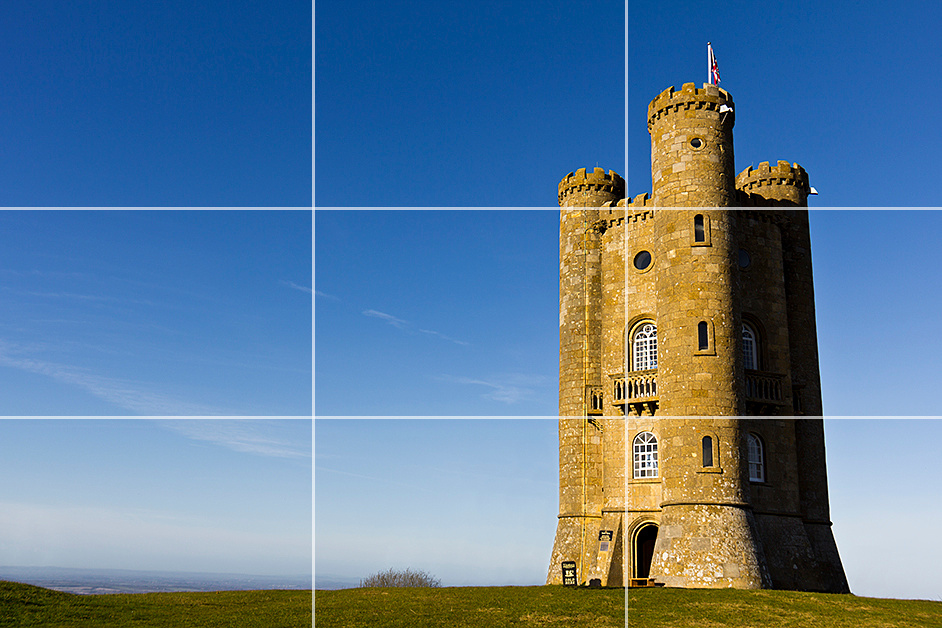 In the example above, the horizon sits low in the bottom third to maximize the contrast between the blue of the sky and the weathered stone of Broadway Tower which is positioned at the right third of the frame and provides a natural focal point. It also intends to give the viewer the impression that the Tower is overlooking the surrounding landscape.

When capturing moving subjects try to leave space in front of them into which they can move, considering the direction of movement. This should give your image a sense of “flow” and continuity of motion, while subliminally suggesting the "next step" to the viewer. In the following image for example, the frog has been framed with enough space in his direction of movement, into which he could leap. This empty space is also known as "breathing space" in a composition. 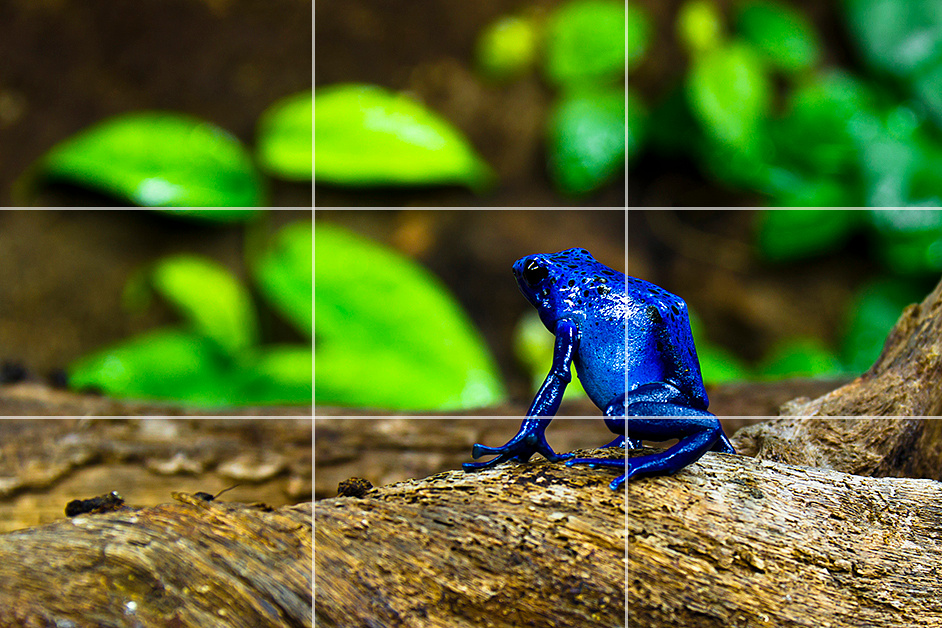 But, as mentioned above, you might wish to break this rule if you want to convey a different message through your photo, as in the following example, where the frog has been placed close to the edge of the frame, regardless of his direction. I just thought the image worked better with the subject in the foreground and the impression that it's about to leap out of the frame. It's simply a matter of judgement and what "works best" in the photographer's eyes. 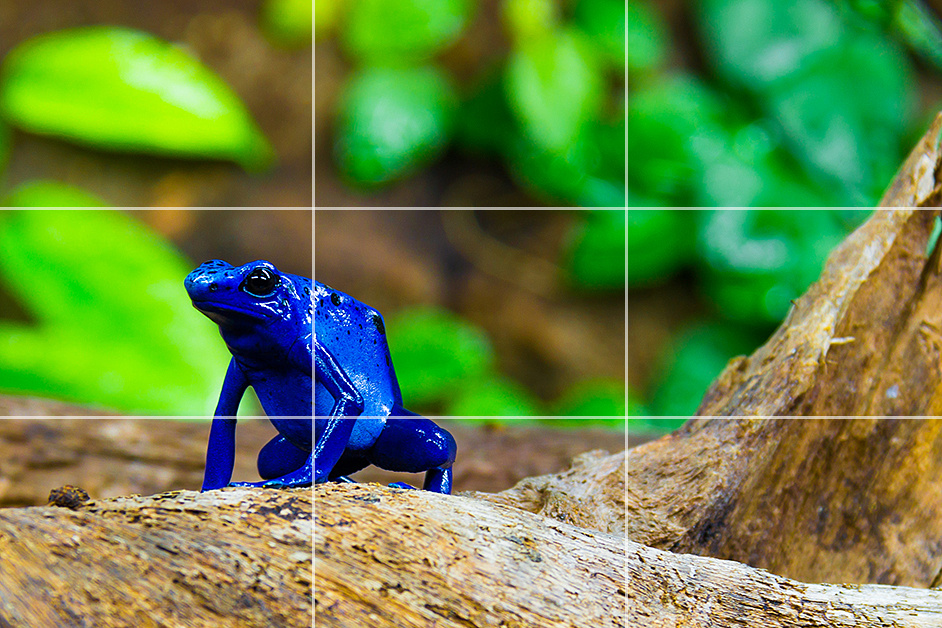 Composition following the Rule of Thirds, but breaking the "Rule of Moving Space"

When shooting portraits there are a couple of ways to apply the Rule of Thirds. If you wish to fill the frame with the face and upper torso of your subject, then the eye line should be placed along the top horizontal axis and the end of the chin along the bottom one, but if you want your portrait to look less like a mug shot, try placing your subject off-centre, along one of the vertical grid lines and experiment with the background. 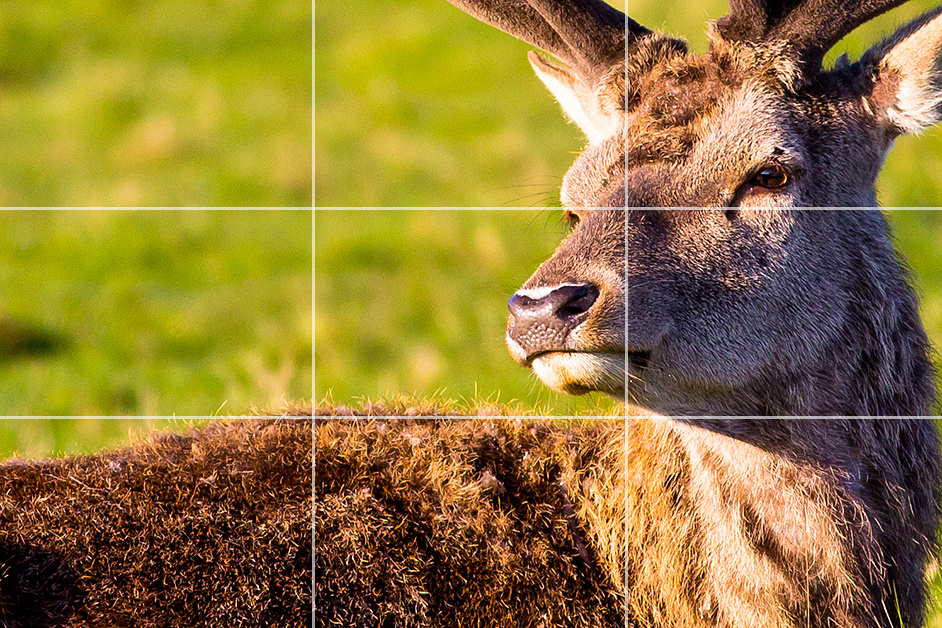 Finally, you can always apply the Rule of Thirds in post-production. Try to revisit some of your old, badly framed photos, and use the Crop Tool of your editing program to re-frame your subject. You will surely discover some raw diamonds this way...!

The following example shows the "Before" and "After" stages of a photo that has been re-framed: 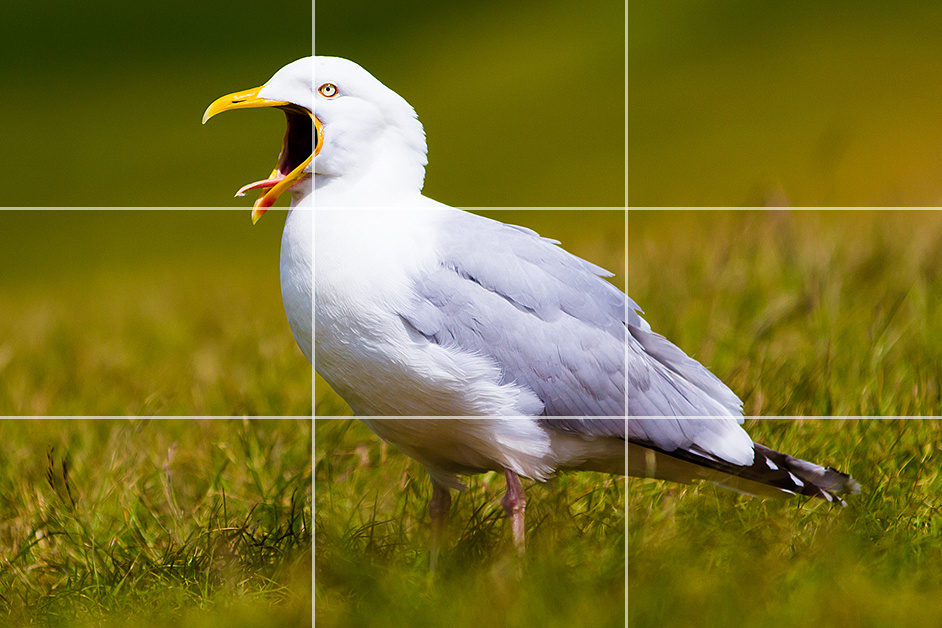 Original photo without any re-framing 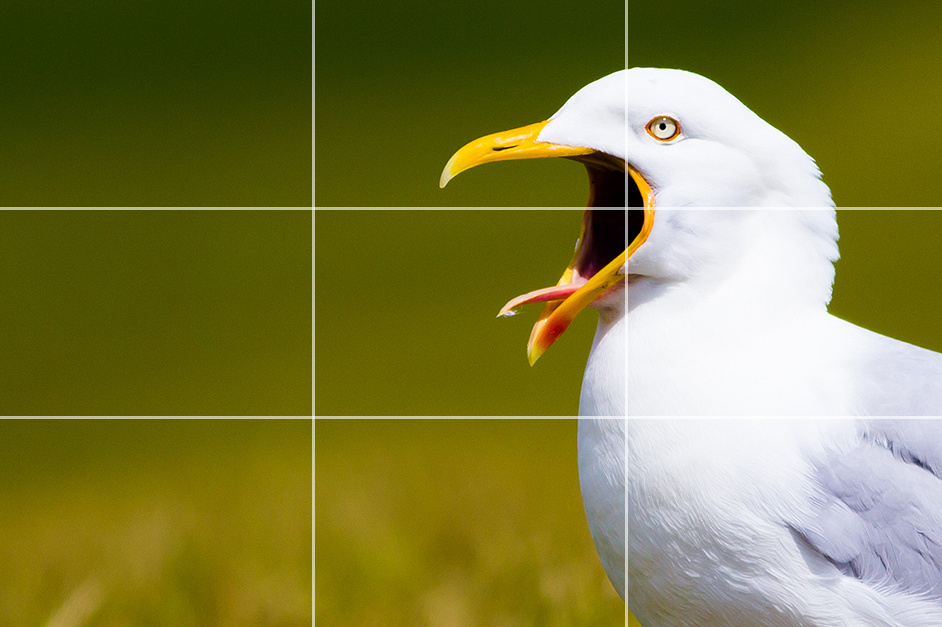 Re-framed to comply with the Rule of Thirds

I'll leave it to you to decide which version makes the strongest impact...

This completes our guide to understanding the impact the Rule of Thirds can have on your photography. I hope you'll experiment with it on your next photographic session and who knows... The results may put a smile on your face...!

As always, feel free to post any comments or questions you may have in the "Comments" section below.

Until next time, keep feeding your creativity!